Born in the former Dutch colony, Rahman sees himself as a product of his mixed heritage formed by customs and manners of the plantation owners, slaves and contract workers who came from different parts of the world to Suriname.

Most of his playful interactions with audience, ranging from adults and children to animals and plant life, are based in this rich cultural background.

Rahman has extensive organizational experience with artists groups and international exchange projects. He is co-founder of Quartair, and has curated various shows in Quartair and other spaces in The Netherlands.

Together with Quartair members, he participated in the ‘Nine Dragon Heads’ project “ump into the Unknown” a collateral event during the 56th Venice Biennale (2015) 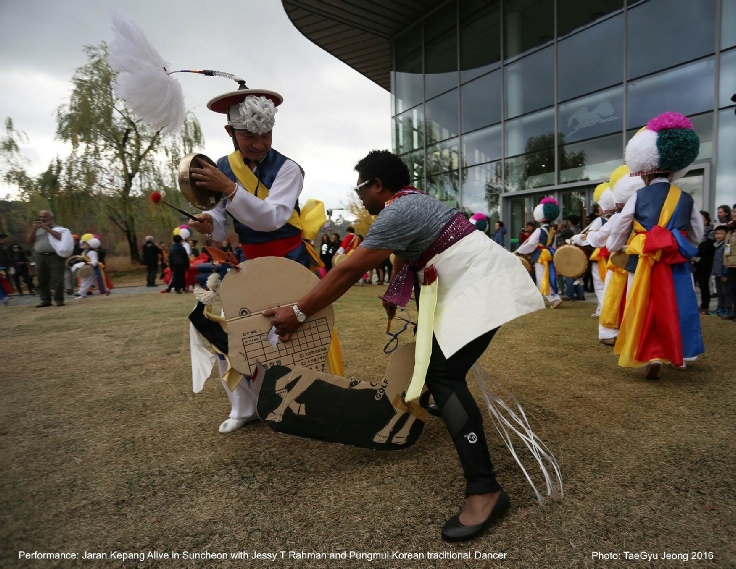